Your weekly round-up of local news for 29 January – 4 February.

Redrow has been selected as the builder for the next phase of @BartonPark_. The company is on twitter as @RedrowHomes.

Winvic contractors are still flouting their permitted working procedures and causing problems in Latimer Road. This is just one of several tweets about it from @LeonardoLoredan.

Can Winvic just do this in Latimer Rd? Not enough to block the pavement with their supplies – now they’ve grabbed the roadside too (and removed the path). pic.twitter.com/AP6nnZit4D

I’m not going to rant about the disgraceful lack of transparency of the Oxfordshire Growth Board, but it apparently met in closed session on Thursday to discuss the delayed Access to Headington work under a disguised agenda item. @RuthWilk reports “individual projects are not likely to be announced till the 7th February. So the planned and published Staunton Road closure may still go ahead”.

The rather decrepit old bridge over the Cherwell at the Parks end of the path through Mesopotamia has been replaced with a smart new one. 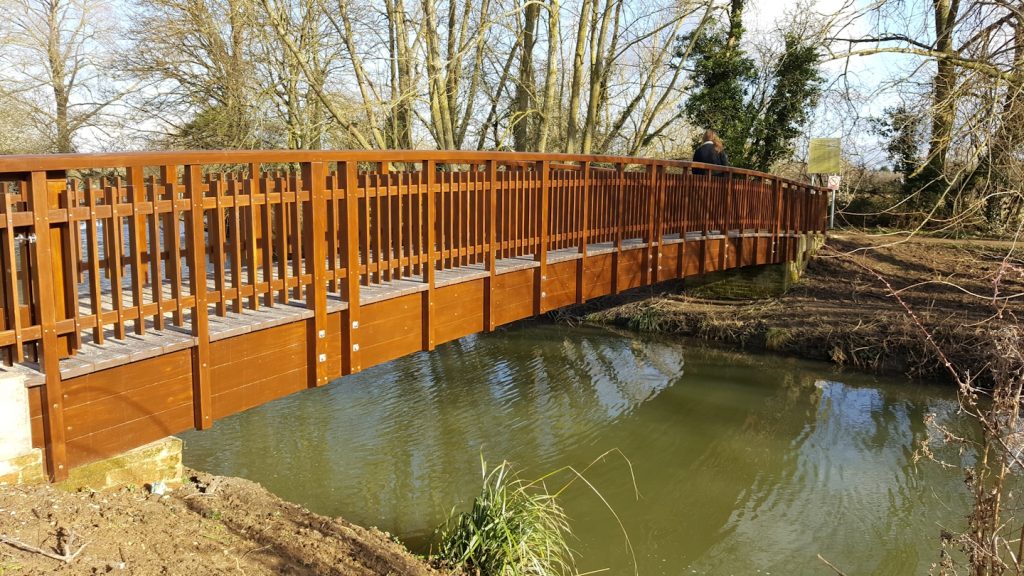 The temporary surgical theatre outside the JR Women’s Centre has been removed. It was originally put there to provide more capacity after the downgrading of maternity services at Banbury Horton. Hopefully something more permanent has been provided in the main building.

The driver of a Land Rover Discovery tried to ram-raid the Aldi on Horspath Driftway on Saturday night. Apparently the cash machine was the target. Police are appealing for information.

The cash machine was in pieces outside, one of the back windows is completely gone along with its surrounding metal frame, it’s going to take quite some repair. pic.twitter.com/CJclmoPUSV