Two new eateries for Headington. The Reina Grill, no longer the Coming Soon, opened next to Bury Knowle Park at the weekend, and Beirut, the new Lebanese restaurant on Osler Road where Jacob’s Brasserie used to be is expected to open on Monday (today). 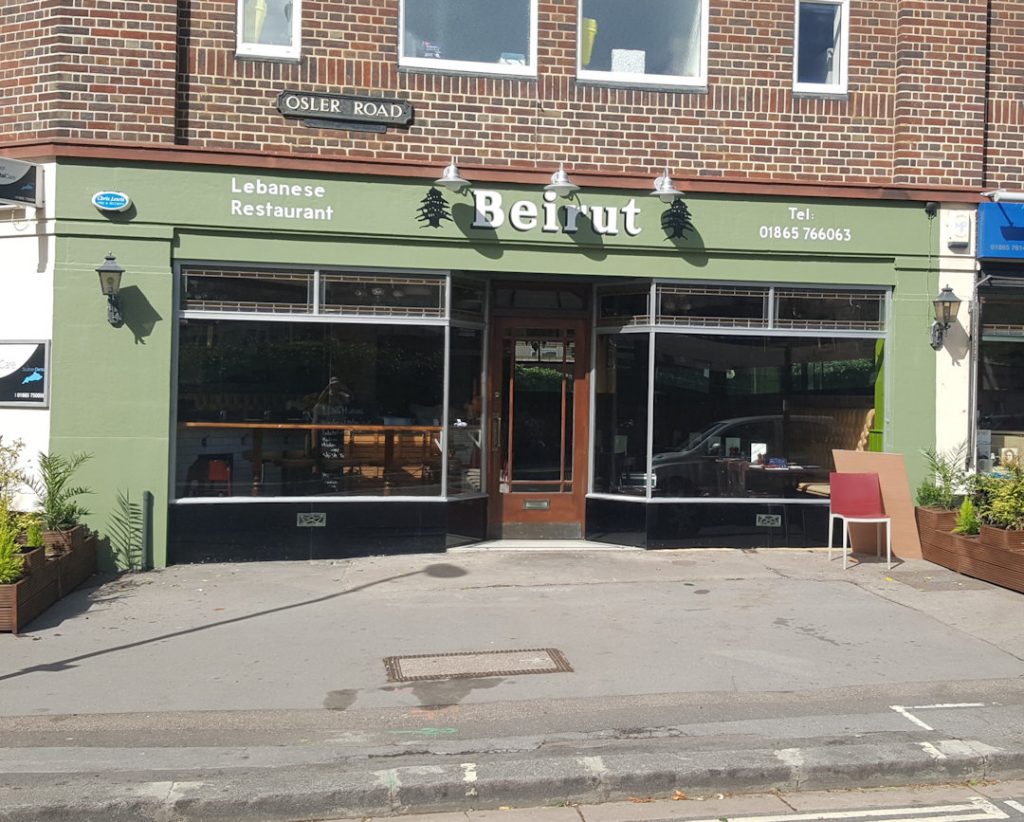 Headington Action is behind a scheme to install ‘talking benches’ in Headington to give brief soundbites of local history. Weirdly, @TheOxfordMail thinks push-buttons and wind-up power is ‘futuristic’.

Plans for a two storey extension to the A&E department at the JR Hospital have been announced. The extension will add eight new A&E treatment bays, a paediatric resuscitation room, CT scanner, nurse base and improved bereavement rooms. The closing date for comments on the planning application (ref. 18/01851/FUL) is 27 August. [Update 31/07/2018: the planning application has disappeared from the Council’s website.]

Police carried out a drugs raid in Cecil Sharp Place on Saturday. Thanks to the local tweeps who identified the location.

I recommend the current exhibition in the Glass Tank at @Oxford_Brookes. It’s an exhibition of modern and contemporary wood block prints from Heilongjian Province in the north-east of China, and is sponsored by the Confucius Institute at Brookes @OBUConfucius. It’s open to the public, free, and runs from 0900 – 1700 Monday – Friday until 31 August. 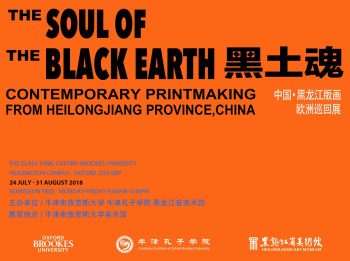 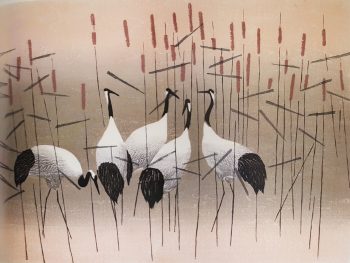 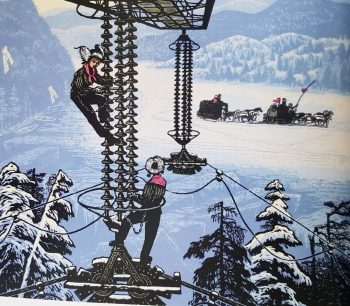 Although the news broke in the previous week, Headington Headlines couldn’t ignore the decision by Ruth Wilkinson to stand down as a city councillor due to over-riding family reasons. Since I moved to Headington other Councillors have come and gone but Ruth has always been Councillor for my Ward. She has published a personal statement on her website. Whatever anyone’s political stance, no-one can deny that Ruth has been a hard-working and tireless councillor on behalf of ‘her’ Headington residents. She will be a hard act to follow and I give her my very best wishes as she devotes more time to her family caring responsibilites.

The three main parties have announced their candidates for the by-election triggered by Ruth’s resignation. The LibDem candidate is Stefanie Garden @SGarden13; Stefanie lives in Staunton Road and stood in St Mary’s Ward in May, coming fourth. Simon Ottino @SimonOttinotwit stands for Labour; Simon lives in Margaret Road and came second [edited from earlier incorrect version] in the recent city election for Headington Ward. The Conservatives are fielding Georgina Gibbs @Georgin54979582 (you’ll have to fix that twitter handle, Georgina) who lives in Saxon Way and ran for Headington Hill & Northway in May where she came third. The by-election will be on 19 July.

Old Marston Parish Council voted to oppose the planning application for the Swan School. One of several concerns is that cyclists using the Marston Ferry Road cycle track might lose priority, which of course would affect students heading for the Cherwell School.

The Local Government Boundary Commission has published its draft proposals for Ward boundary changes in Oxford. The proposals look to be close to those in the City Council’s cross-party recommendations published in March which I covered in HH 361. You can have your say; consultation closes on 13 August.

It looks like this is the end of Jacob’s Brasserie.

A decision by the Consistory Court of the Diocese of Oxford has ruled that the locally controversial extension to Holy Trinity Church in Headington Quarry should be allowed to go ahead.

A surface water flood believed to be from a burst water main in the grounds of Headington School caused bad flooding at the Headley Way London Road junction on Saturday.

There were no posts on the Headington & Marston e-democracy forum this week.

The expected planning application by Frontier Estates, locally notorious for their Beech House development, to build a 55 bed care home at 1 Pullen’s Lane has been published on the City Council website, ref: 18/00870/FUL. I’ve updated my timeline of this proposal, and a there is a location map here – the boundaries of the site are not accurate but are the best I could do on Google maps.

Old High Street made the national news – well, The Sun newspaper at least – when the road was blocked by an altercation between a cyclist and a motorist. It all took place in “the village of Heddington”, apparently.

Here’s an enthusiastic description of the 1960s houses on Dunstan Road. Designed by architects Ahrends, Burton and Koralek, they are described as “[walking] a fine line between modernism and brutalism”. One is being sold by @ScottFraserUK at a guide price of £900k.

2000 homes in Quarry and eastern Headington were affected by a Virgin Media loss of service on Tuesday and Wednesday.

Virgin Media have arrived. Fault is on London Road and 2000 homes in Headington affected pic.twitter.com/uO6xVfAYLV

The shopkeeper of the Premier store in Salford Road, Marston was threatened with a broken bottle on Tuesday evening. Despite another customer calling the police at the time it was 20 hours before the police responded. Story c/o @TheOxfordMail.

London Road was closed to traffic in both directions from 8pm (actually 7.30pm on Thursday) to 6am overnight on Thursday and Friday nights.

Hmmm. Jacob’s Brasserie is “closed for refurbishment” with no indication of a re-opening date. It looks like Dragon Express has closed too.

A red Honda moped was stolen from the garden of a house in Masons Road, Wood Farm late on Thursday or early Friday. Police are asking for any information.