The Stan James bookmakers at Risinghurst was the victim of another armed robbery on Thursday. The same shop was raided back in January.

@CultivateOxford‘s VegVan is going to be in Headington every Saturday from 29 March. They say they are a co-op bringing fresh, local, ecologically-grown food direct from farmers to the city. Whether their planned pitch outside Barclays Bank on the corner of the London Road and Old High Street will work in the long term remains to be seen.

According to BBC Oxford, officers at Birmingham City Council are recommending the closure of the Stansfeld Outdoor Centre.

You’ll remember – at least, those of you who live in Wood Farm or Northway will – that Oxford City is going to refurbish all its tower blocks. The second formal consultations are being held to show tenants, leaseholders and the community the enhanced design plans for the tower blocks. You’ll have to be quick though – the consultation for the Plowman Tower is at the Tower Play Base today, Monday 17 March from 5.30pm to 8pm, and for Forester Tower it’s the Wood Farm Children’s Centre on Tuesday 18 March from 4pm to 7pm. 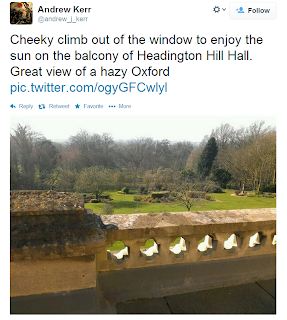