Here’s my weekly round-up of local news for 24 – 30 March, a rather short one this week.

The new Friends of Headington Hill Park held their inaugural meeting on Wednesday.

Police made three arrests in Risinghurst and Barton during an anti-drug operation. They also discovered a cannabis farm.

David Cameron visited the JR on Friday, and then was caught on camera in Starbucks by @ian_duke

@CultivateOxford‘s VegVan took up what is to be its regular position outside Barclays Bank on Saturday. They will be there every Saturday from 10 to 4. 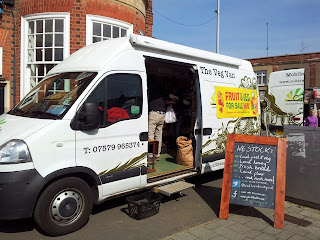