Your weekly round-up of local news for 1 – 7 February.

The deadline for comments on Vital Energi’s planning application for the heatpipe has been extended to 25 February. There’s still only one public comment, although discussion continues in the ‘Disruption‘ thread on the e-democracy forum.

The County Council has announced the dates for a series of public exhibitions about the next stage of the Access to Headington traffic scheme. I’ve copied the information to a post under the Access 2H heading.

A 16-year old has been arrested in connection with the robbery at Lloyd’s bank on 23 January (see HH 250).

The East Area Planning Committeee voted 5:4 on Wednesday to give planning permission for housing to be built on Warren Crescent, which lies above the Lye Valley. Campaigners fear the special and fragile environment of the Valley will be irrevocably damaged. The planning reference is 13/01555/CT3. 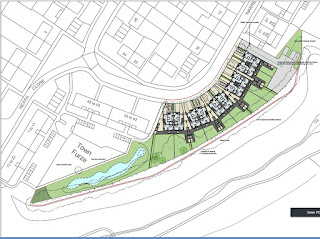 The shop that used to be Osheey (Windmill Road, west side) is about to re-open as a gelateria called Adria – although as @headingtonnews has pointed out, they haven’t got change of use planning permission yet.

Allen & Harris estate agents have closed their Headington office. The office is on London Road, north side, opposite Holyoake Road. They have been there since the mid-1970s.