There’s a placard in Waitrose where children between 7 and 12 years can have their photo taken to enter a competition to be a mascot for the England cricket team.

Issy wants to be a cricket mascot and loves the Headington Store…. @waitrose #TakeTheField pic.twitter.com/dlx2V7naHm

For reasons that are not entirely clear, Barton & Sandhills Councillor @redmikerowley was ejected from the referendum count at the Town Hall. He apologised on twitter on Sunday. 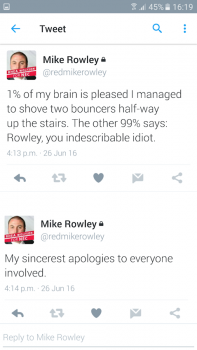 A man in his 70s was treated for smoke inhalation by paramedics before being taken to the JR after a fire broke out in Alison Clay House in Old High Street on Thursday night.