Your weekly round-up of local news for 6 – 12 November.

Distressing news broke this week with Bill “Father of the Shark” Heine making public that he has acute myeloid leukemia. He has said his doctors have “given him 18 months” – and that was three months ago.

With the Neighbourhood Plan having originally been marginalised in the committee papers the East Area Planning Committee refused EF International’s planning application for Cotuit Hall. The decision may be still be called in for review – we’ll know by the end of Tuesday. Full story here.

The new Marston Medical Centre opened on Thursday. It is in Old Marston Road next to the Co-op.

Planning permission has been given for a portable building to be placed outside the JR’s A&E department. It will be staffed by GPs and used to assess and (presumably) treat arrivals who are judged not to need hospital admission. A form of triage-by-GP, it seems, designed to cut emergency waiting times.

There was Headington hospital heatpipe happiness on Friday with the official opening of the Energy Centre at the JR. They announced savings of £231k – that’s nearly a quarter of a million pounds – in the first full month’s operation.

Local MP Anneliese Dodds officially opened our new Energy Centre today as our first month’s savings were announced: £231,343.03 in the first month’s full service of the (CHP) system – £7,462 a day. Cautious optimism. Will be monitored. pic.twitter.com/bsDnNusWfc

The Kennett Road pothole may be a sinkhole.

A possible sink hole! Here’s a picture of it. Presumably “TEM” means “temporary fix” and is designed to stop local residents complaining? pic.twitter.com/aEhaJPipGR

A Marston community project “Walk on the Wild Side” is asking for your votes to get funding. 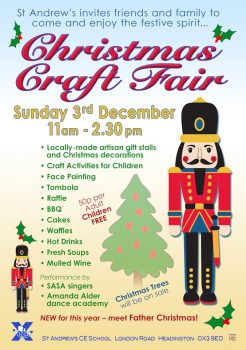 Do you need a bike in Oxford? There are seven hire companies and a sharing scheme to choose from.

“I was at that country park near Headington when the Red Arrows flew past.” “Shotover?” “Well, they certainly don’t daudle, Karen!”