Headington’s ACE Centre which supports children and adults with communication difficulties is to close at the end of June, another victim of Government cuts. If you don’t know about them look at their website to see what will be missed. The Centre is located in the grounds of the Nuffield Hospital in Windmill Road. You can follow them on twitter as @ACECentre and @moore_ace.

A 25-year old man appeared in court accused of a burglary in Weyland Road.

A man was rescued from a flat fire in Bayswater Road, Barton on Tuesday. The same day a man was attacked with a baseball bat in the subway between Barton and North Way.

Northway and Wood Farm are two of five Oxford tower blocks listed for refurbishment in an £8m project announced by the City Council.

A Community Dog Day was held in Headington on Saturday. 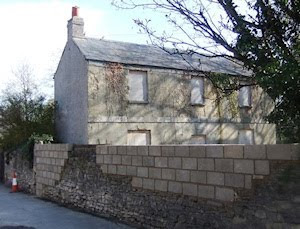 The saga of 29 Old High Street took another twist this week when the owner, Martin Young, had the wall on the street rebuilt in concrete blocks. It’s hard to believe these are permitted materials in the Old Headington Conservation Area so it means more ratepayers’ money will have to be spent by the Council to get it put right. The story has been widely covered – here’s the latest from the Oxford Mail.

This map shows the location of some of the places mentioned in this report.