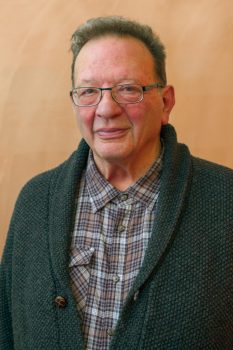 Edited from Larry Sanders’ page on Wikipedia, 8 May 2017

Larry Sanders was born in Brooklyn, New York. He attended Brooklyn College of the City University of New York, received his J.D. degree from Harvard Law School and obtained a master’s degree in social work from the University of Oxford. He moved to the UK in 1968/69. He became a university lecturer at the University of West London, then at Oxford in the department of social administration.

Sanders was active in the Labour Party in Oxford in the 1980s but left to join the Green Party. First elected in 2005, he was a Green Party county councillor representing the East Oxford division until he retired from the Council in 2013.

His main focuses in county politics were social and health care services; he held positions on several Boards and Trusts. He resigned from the board of the Oxfordshire & Buckinghamshire Mental Health Partnership NHS Trust in October 2005. In 2009 he became chairman of the Oxford Community School’s Board of Governors.

One thought on “Larry Sanders (Green)”