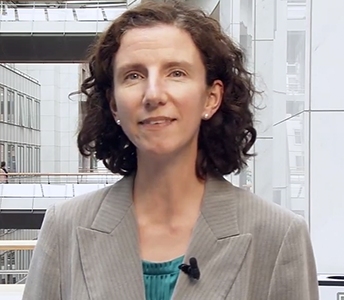 Anneliese Dodds was born and brought up in Scotland and moved to the South East of England in 1996, where she has lived ever since.

Before her election as an MEP in 2014, Anneliese was a Senior Lecturer in Public Policy at Aston University; choosing this institution primarily because of its record on promoting access for local Black and Minority ethnic and working class students. Previous to this Anneliese was Acting Director of the National Institute for Health Research Patient Safety and Service Quality Research Centre at King’s College, London, and before that, an Economic and Social Research Council postgraduate fellow at the London School of Economics.

Anneliese’s research focused on what Britain can learn from other European countries to improve the safety and quality of health care, to combat social exclusion, and to make regulation more effective. She is the author of over twenty peer-reviewed articles and books. Anneliese has served as an invited Professor at universities in formerly war-torn Kosovo, where she has also been engaged in research on electricity supply- essential in a region where extreme energy poverty is normal.

In May 2014 Anneliese was elected as Labour MEP for South East England. She now sits on the Committee on Economic and Monetary Affairs, and is a member of the Delegation to Montenegro Stabilisation and Association Parliamentary Committee. She is also a Substitute to the Committee on Regional Development and the Delegation to the Former Yugoslav Republic of Macedonia Joint Parliamentary Committee. Anneliese’s position on the Committee on Economic and Monetary Affairs means she is able to campaign for better regulation of the financial markets and making the European economy better for small and medium sized businesses.

Anneliese’s other aims as an MEP are to push for a greater focus on creating jobs and sustainable economic growth, and to fight for a higher level of investment from the EU to the South East. She would particularly like to see more funding for the most deprived areas of her constituency.

When the European Parliament is not in session, Anneliese lives in Oxford, with her partner Ed and their young son, Freddie.

If elected as MP for Oxford East Anneliese must resign her MEP position.