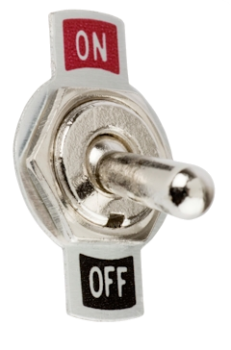 There’s been so much happening with the Heatpipe Project this week it’s hard to keep up. I can’t claim to have the full story, but here’s what I do know so far.

Work was due to start on All Saints’ Road on Monday 4 January, but apart from some signs and cones appearing nothing happened.

By Tuesday, fencing had been erected and digging begun.

However, the same day the City’s newly-appointed Head of Planning & Regulatory Services Patsy Dell wrote to Vital Energi saying that in the City Council’s view the work to lay the heatpipes and other services needed planning permission. Her letter is here. The key sentence says “The s50 licences copied to us do not absolve a developer or contractor from the need to obtain planning permission.”

This is a reference to the licences granted by the County Council’s Highways Department for the work to be carried out in the various public roads. You may remember that the County’s Chief Legal Officer defended the granting of the licences in a letter published last week while at the same time acknowledging and apologising for the lack of communication with the public by the officers responsible. The County’s actions are now being investigated by the County Council’s Performance Scrutiny Committee, chaired by Labour Councillor Liz Brighouse who represents Churchill & Lye Valley Division. Liz is quoted in the Oxford Mail as saying, “We want people to be confident that the right processes were adopted and will be looking into this within the next six weeks.” One of the questions to be addressed is why there was no public information given between the original licence appplication in January 2014 and the eventual announcement in November 2015.

Prompted by an email from Ruth Wilkinson, the County wrote to Vital on Thursday saying in effect “start work again on Friday or fill in the holes, clear the site, and start again when you’re ready”. Later in the day the Trust’s Head of Estates Mark Neal was quoted in the Oxford Mail saying, “[The Trust] has been informed by partner contractors Vital Energi that they have decided to temporarily suspend work on the energy pipeline, while they clarify their planning requirements. The public road, where initial digging has taken place, is being reinstated with a temporary road surface as requested by Oxfordshire County Council.”

They go on to say that work will continue on the JR and Churchill Hospital sites until the planning situation is resolved.

Sure enough, on Friday the trench was filled in and the roads reopened to traffic.

Residents’ reaction has been fairly low-key. Most of the chat on the e-democracy forum has been around Ruth’s valiant efforts to keep everyone up to date. There certainly hasn’t been any triumphalism or claims of ‘victory’. Similarly on twitter, where comments have ranged from “Just shows the problem with them not applying for permission earlier” to “Well done! You’ve succeeded in delaying a worthwhile project” (I paraphrase).

What lessons should be learned from this whole sorry tale? Each one of the players is equally guilty of failing to take the obvious step of getting local people and their elected representatives on-side before any work started. This applies to the County Council who didn’t even warn their local Councillors; the Hospitals Trust who stubbornly refused to engage with locals when the project first started to draw attention in the summer of 2015 and who, I’m told, didn’t even inform their Media & Communications Team; Vital Energi who while claiming extensive experience of this kind of work didn’t even know enough to check if they needed planning permission; and the shadowy intermediaries the Carbon & Energy Fund who set up the deal and whose experts should have advised the Trust on best procedure.

There will no doubt be investigations and recommendations, more apologies and talk of ‘lessons being learned’. None of which helps get this project – which I and many others have always said should actually be a good news story – completed. The City Council’s officers have said they broadly support the scheme, so let’s hope it can get moving again as soon as possible with the appropriate safeguards to protect the people whose lives will be disrupted.

A last look at the #Headington #trench and the ladder to nowhere pic.twitter.com/ixkSJenqc1