Oxford Furniture Warehouse opened on the London Road on Monday and have joined twitter as @OxFurniture. They’ve moved from the Abingdon Road. 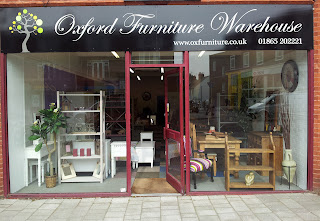 The Headington Festival 2013 website has gone live – go there to book a place for your stall. The festival’s on Sunday 2 June from 1 – 5 pm. The twitter account is @HeadingtonFest.

You can watch a 2-minute time-lapse video of the new @Oxford_Brookes building going up.

A fight broke out after a football match last Saturday week (6 April) at Barton Recreation Ground. One man suffered a broken nose. Three men were arrested and bailed.

The Londis store (run by @sundersandher) has applied for a 24hr, seven days a week alcohol licence. You can comment here.

The East Area Planning Committee meets on Tuesday this week. On the agenda are

Meanwhile the non-public public art circular seat (Ref 13/00284/VAR) the @EFOxford language school wanted to put outside their main entrance but inside their boundary fence was rejected by the City Council.