Here’s my weekly round-up of local news for 24 February – 2 March.

Headington Art Weeks @HARTWeeks joined twitter but without a bio and without tweeting they’re not likely to make a mark.

@LazyGamerUK closed its doors for the last time.

Elizabeth Whitwick of @windmillshop wrote about the Fair Trade concept in the Oxford Mail.

The organisers of the Headington Neighbourhood Plan @HeadingtonPlan want to recruit a part-time Project Manager for a year.

The attempt by Northway residents to block a key access route to @BartonPark_ by having some land on Foxwell Drive declared a Town Green has been referred to a formal inquiry in July by Oxfordshire CC.

Elsewhere, some Barton residents rather belatedly woke up to the fact that the name Barton Park had been foisted on them without any real chance for them to have a say. I hate to say ‘I told you so‘, but … well ..

The Oxford East LibDems have selected @Mark__Mann from Denbighshire as their prospective parliamentary candidate for the next general election.

Mark bolstered his credentials as PPC by turning out for the Walk of Protest organised by local LibDem councillors on Saturday to protest about the state of the London Road and put pressure on the County Council to rebuild it rather than just resurface it when they do the work later this year.

The County Council announced they have found a new operator for the Thornhill/Headington cycle hire scheme. It will be relaunched in April. The new operator is HourBike, who run similar schemes elsewhere. Their twitter account @HourBike is hardly used but they tell me they’ll be setting up a new one for their operation in Oxford. 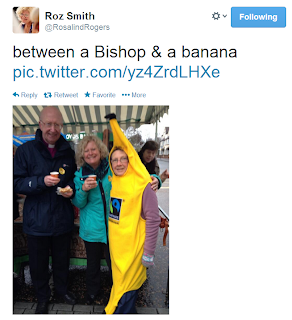