Thanks to the efforts of Highfield Residents Association and others, fine new planters have been installed at the junction of All Saints Road and Lime Walk.

Osler road is open again* after its resurfacing, and the new parking spaces have been marked out. It all seems to have gone very well apart from the odd minor glitch.
* I’m not sure if it’s officially open but cars are using it. 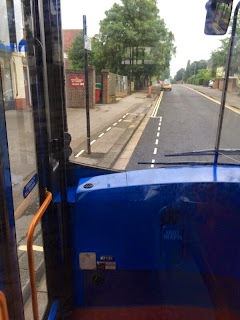 Harrison Ford made an unscheduled stop-over at the JR Hospital, not as a celebrity visit but because he broke his ankle on the set of the new Star Wars film.

Did you know there’s a Headington Hill in Queensland, Australia?

As Headington Headlines went to press there had been no new posts on the Headington & Marston e-democracy forum this week.