Five candidates are standing in the Quarry & Risinghurst by-election – details here. The election is on 18 September.

On 10 September Oxford City’s Executive Board is due to decide whether to ‘designate’ the Headington Neighbourhood Forum as the body to draw up a Neighbourhood plan. If they agree, consultation on local issues will start shortly after.

Slade House, the care unit owned by Southern Health NHS Foundation Trust where Connor Sparrowhawk died last year is unlikely to re-open. The Trust has been criticised for failings in the care it provided to Connor at Slade House, and for failings at other units it operates.

The ownership of Warneford Meadow has been transferred to Oxford Health NHS Foundation Trust (OHFT), the managers of the Warneford Hospital. The move has been welcomed by the Meadow’s Friends.

There may soon be a new pedestrian crossing and some traffic-calming measures outside Windmill Primary School @WindmillOxford in Margaret Road.

The Grass of Parnassus (it’s not a grass) which recolonised Great Britain after the last Ice Age is flowering in the Lye Valley. Although common in more northerly parts of the British Isles it is rare this far south. Its alternative and more descriptive name is the Bog Star. More interesting detail, including the first written record of the plant, in this article. 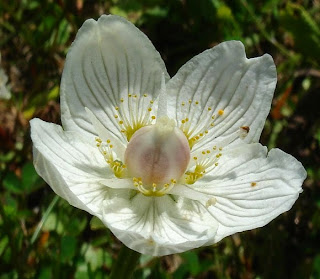 The Butchers Arms @ButchersArmsOxf re-opened after a refurbishment.

Quarry residents got together to tidy up the garden around Quarry Village Hall.

About 250 runners took part in the Headington 5 on Sunday, raising money for @Oxsrad.

And in other clean-up news, Friday was Skip Day in Barton, when the City Council provided skips for residents to dispose of unwanted items and general rubbish.

Headington Badminton Club is looking for new members. They play on Mondays and Fridays at Headington School. 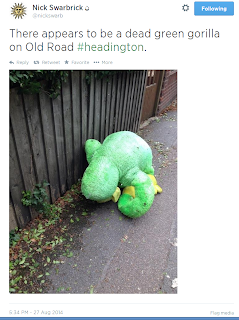