Temple Bookbinders of Stephen Road have been awarded a Royal Warrant. This means they can now describe themselves as “By appointment to HM The Queen”. The Oxford Mail report cites Bentley cars as another warrant holder, which is fine, but I’m not so sure about the comparison with baked beans (Heinz) and Creme Eggs (Cadbury).

@HeadingtonA, who organise the Farmers’ Market, say they are working on bringing more stall-holders in after the number of traders dropped earlier this month.

Fire crews attended a ‘small engine fire‘ on an @OxfordBusCo bus in Wood Farm on Tuesday. No passengers were affected.

Headington Hill Park car park (the one at the bottom of the Park) will be closed from today (19 Jan) while a new access road to the properties inside the Park is built. 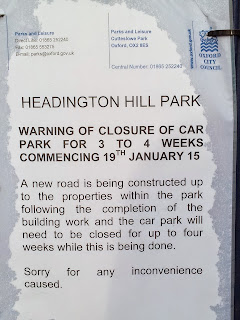 A man was sentenced to three years imprisonment for two burglaries last October, one in Northway and one in Tilehouse Close.

In a well-signalled move, @Oxford_Brookes announced their long-term plan to move all teaching, research and supporting activity from Wheatley over the next ten years. This will obviously have a major effect on the Headington Campus and Headington generally, and the university has promised thorough consultation. Their official announcement has much more detail and is worth reading. I will write more on this story as it unfolds.

It was almost exactly two years ago I first reported that developers Haboakus had submitted two planning applications for sites in Northway (see this map). The ‘Hab’ part of their name is celebrity architect Kevin McCloud’s company, although in what way if any he may be personally involved is not clear. Now at last work has started on the Dora Carr Close site which will provide 47 new homes: 15 three-bedroom houses, 4 four-bedroom houses and 28 one and two bedroom flats, and a state-of-the-art community centre. The buildings have been designed by architects Allford Hall Monaghan Morris of Camberwell, London. A search on this blog for Haboakus will give you the past hisory of this development.

In Headington Headlines 195 I reported that the Bury Knowle Club was on the market for £300k. Now Oxford-based Keble Homes has submitted a planning application (Ref 15/00062/FUL) to convert the Club, which is on the first floor of the shops on the west side of Windmill Road, into flats.

Bill Simpson, of BBB Stores on London Road next to the Post Office, had a sarcastic letter published in the Oxford Mail under the title "Reasons to come to Headington". 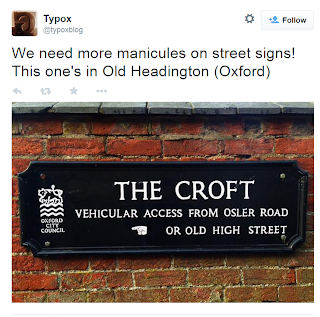