In Headington Headlines #300 I reported

the County Council has published plans under the Access to Headington scheme to make an eastbound bus lane in Roosevelt Drive between the Old Road Campus and Churchill Drive. The lane would operate between 3pm and 6pm, Monday to Friday, and during those times only buses and emergency vehicles will be able to leave the Churchill site by that route. All other traffic will have to leave via Roosevelt Drive westbound to the Old Road junction. Consultation on this plan is open – the county says “objections to the proposals and other representations, specifying the grounds on which they are made, may be sent in writing (quoting ref: AK/12.6.320) by 3 February”.

Then I started wondering “What about cyclists?” So I went back to the county’s papers on their website. Apart from the formal name of the Order that will bring this new bus lane into force, not a mention. Which is puzzling but sadly not unexpected. Even though getting people out of cars and onto cycles is a key objective of Access to Headington (transport planners call it ‘modal shift’) it hardly seems to figure in the Highways department’s consciousness.

I asked the county if cyclists would be allowed to use the bus lane to leave the Churchill site while motorised traffic has to go west to the Old Road junction. The good news is “Yes”! In this respect the bus lane will be like most others of course, but it’s good to have it confirmed. 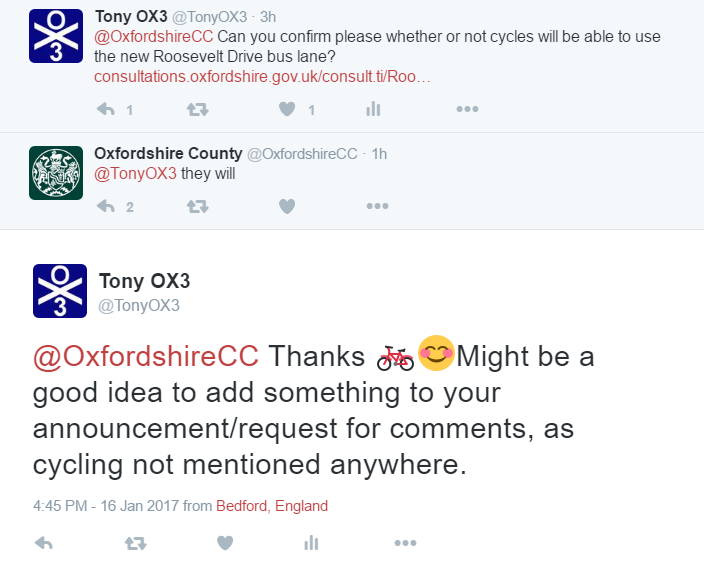