If the lack of any news is anything to go by Headington has been shut down over Christmas. So here’s my very brief round-up of local news for 23 – 29 December.

Headington’s Christmas tree outside Barclay’s Bank blew over in the storm on Monday, Rosemary Restaurant mysteriously lost its ‘M-(T)ree’ and Peacock’s shop-sign disappeared in preparation for Sainsbury’s moving in. 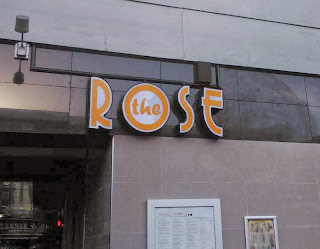 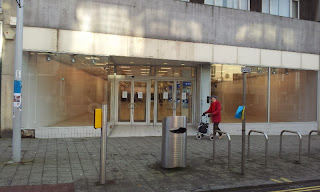 A collection box for Helen & Douglas House was stolen from outside a Christmas lights display in Barton.

Not even the Headington & Marston e-democracy forum could overcome the Christmas torpor: only one post this week:

Wishing you all a Happy New Year!

The new Community Classics Centre opened at Cheney School on Thursday. @WMaryBeard gave a talk and @HeadingtonNews reported that the event was very well supported, as Mary Beard’s own column in The Times Online confirmed.

It was Warneford Meadow Apple Day on Sunday.

The badly potholed Leiden Road in Wood Farm has been resurfaced.

Both the NE Quiet (cycle) Route – that’s the one from Thornhill via Old Headington to Marston – and the @Oxonbike cycle hire scheme are doing well, according to @OxfordshireCC.

Work has started on a £5.2m revamp of Bayard’s Hill primary school in Barton, including new classrooms and refurbishing of others.

@SunderSandher, owner of Headington Londis, won an Independents’ Day award from the National Skills Academy for his shop in Leamington Spa.

Rosemary Restaurant’s new sign triggered some debate. The final consensus is that you should read it as “the RoseM’ree”. Has anyone asked the owners? 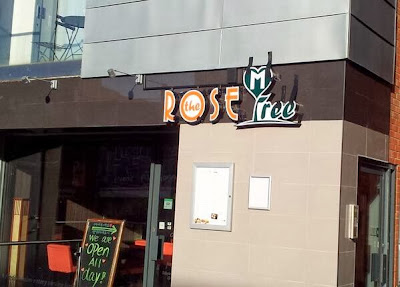 Friday evening was enlivened by a report from @HarrietRycroft that some piglets were loose on the verge of the A40 near the Marston turn.

Last week I linked to two responses to the County’s request for input to the Headington Transport Strategy. You can now read three responses here. I’ll post more if I can find any – or if you commented and would be happy to share get in touch.

The story of the Fairview pub in Glebelands continues – a buyer has been found and the current owners say they believe the as yet un-named new owner intends to continue running it as a pub. While the final outcome must still be in doubt until the sale has gone through and the new owner(s) say something in public, it is a hopeful step for local supporters of keeping the pub going.

The County Council has said it will not install traffic lights on the Bayswater Road junction with Headington Roundabout, preferring to delay local residents rather than longer distance commuters or drivers heading for the Thornhill P&R. 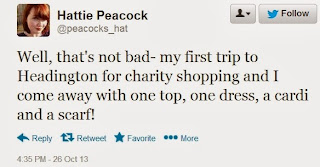 No Headington Headlines last week as I was away, but now here again is my weekly round-up of local news, this time for 14 – 20 October.

The Oxford Times reported that St Andrew’s School is the most popular primary school in the county, measured in terms of the number of people who put schools down as their first, second or third preference compared with the number of places offered. On this measure there were 8.3 applications per place at St Andrew’s.

The County’s consultation on issues around a transport strategy for Headington closed last week. Here are links to some of the reponses by interested groups:

@headingtonnews pointed out that Barton West lies in the parish of St Andrew’s, Old Headington and wondered if this will change.

Professor Audrey Mullender, Principal of Ruskin College, announced her retirement with effect from 30 November. She has held the role since 2004.

In what looks suspiciously like a troll the Oxford Mail carried a story saying that in the long term, Christ Church might sell some of the land it owns adjacent to the West Barton development. The land is in South Oxfordshire District and is Green Belt so I suggest the chances of anything happening in the forseeable future are vanishingly small.

The Butchers Arms @ButchersArmsOxfhas a new shark-themed logo (with no apostrophe).

Police are looking for a Headington 17-year old who is charged with rape and who failed to attend a court hearing.

Up & Running moved across the road into the old Cartridge World shop, but there’s still no sign of Morrison’s opening.

Rosemary Restaurant continued to strip its façade of all signage. Unconfirmed rumours are that it will re-emerge with a different name.

Headington Ward’s LibDem councillors and the Friends of Old Headington have pooled funds to provide a grit bin on Ethelred Court (it’s off Dunstan Road if you didn’t know). The bin’s on order.