Here’s my weekly round-up of local news for 9 – 15 February.

An article in the Oxford Times threw a little more light on the rumours about the future of the Headington Post Office, but its future is still unclear.

Three women accused of robbing another woman in Headington in December 2013 were found not guilty at Oxford Crown Court this week.

The East Area Planning Committee met on Wednesday and approved ‘reserved matters’ for the @BartonPark_ development, including street designs, parking, drainage, landscaping, footpaths, cycle paths and parks. They also agreed minor changes to the A40 junction leading to the estate.

Jonathan Martin Mills of Risinghurst died in a fire in a public toilet in Faringdon on Monday.

Our new branch of the Skipton Building Society was oficially opened on Wednesday by Oxford’s Lord Mayor Mohammed Abbasi. 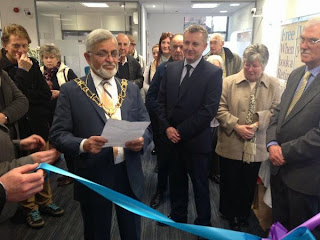 The Wine Club at @TheWhiteHartH restarted on Wednesday evening after the year-end break. Eight wines to taste, and take a bottle home.

A woman was taken to hospital with serious injuries yesterday (Sunday) morning after being assaulted at a house in Warren Crescent (off Girdlestone Road). A 38-year-old man has been arrested.

The Headington Neighbourhood Plan Forum met on Tuesday. The minutes have not yet been published.