The Londis store on the corner of the Marston Road and William Road was given a zero hygeine rating for, among other shortcomings, potentially selling poisonous potatoes.

The City Council invited applicants for the new housing in Lock’s Court (Bury Knowle Park) but made a mistake with the rents, getting muddled between ‘social’ and ‘affordable’ housing. @headingtonnews and @RuthWilk queried it and the Council has said they will notify applicants and start again. Here are the correct figures.

Headington Churches Together organised a hustings at the Baptist Church in Old High Street on Thursday evening. Over 120 people turned up but none of the three main party candidates was there. Click the image below for the Oxford Mail report of the evening. 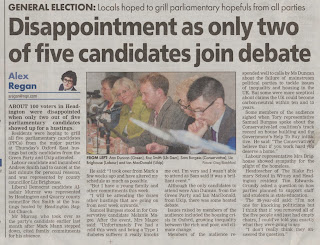 @QuarryVelo cyclists paid homage to cycling’s Spring Classics by riding the remaining cobbled streets of Oxford in their Quarry – Roubaix ride on Sunday.

NINE candidates are standing for election in the Oxford East constituency:

For the sake of completeness, her’s a link to the candidates for Oxford West & Abingdon.

Work has started clearing the way for the new access road to @BartonPark_. For an indication of how some local people are still upset about the road, see the thread on the e-democracy forum. 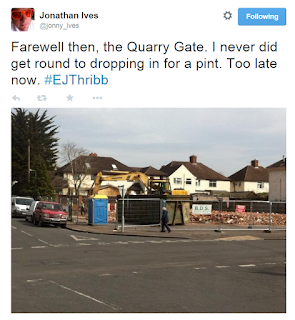