Police released e-fit pictures of the two men they want to question in connection with the abduction and rape of a schoolgirl. 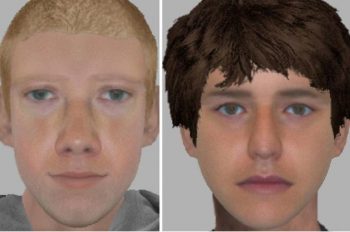 Access to Headington roadworks start TODAY at the Old Road/Gipsy Lane/Warneford Lane/Roosevelt Drive junction. Expect 4-way traffic lights and inevitable delays. It seems too that all parking in Warneford Lane, on both sides, is suspended for several months.

@TonyOX3 @HeadingtonPlan signs from @OxfordshireCC say ‘no parking’ for next 5 months for the entire length of the lane. pic.twitter.com/T4N7Vk4OuD

Headington Live Advent @LiveAdvent2016 organisers are taking a year off and looking for helpers for 2017.

New vape shop @oxfordvapours opened on Monday in the shop that was BBB stores next to the old Post Office.

As predicted, @thespiritoftoad received change-of-use permission for their artisan distillery in the old Council depot in South Park (Cheney Lane).

The funeral of the stillborn baby found on a Marston footpath earlier this year will be held at Wolvercote Cemetery tomorrow (Tuesday 18 October). The police have given her the name Raihana.

Parishioners of Holy Trinity Church in Quarry who are unhappy about the recently-approved plans for an extension to the church are planning to take their objections to the Diocese of Oxford in an attempt to get the scheme revoked.

In the ‘It Had To Happen Sometime’ section, the story broke that land belonging to Christ Church College and Wick Farm between Barton Park and the Elsfield road may be developed for housing. This will be hugely controversial as the land is Green Belt and in South Oxfordshire District, whose relations with the City Council over housing needs are lukewarm at best. I hope to write in more detail about this soon.