As of last Wednesday (27 April) and until 22 May, heatpipe works mean the 700 buses won’t be able to serve some of the stops on the Churchill Hospital site. 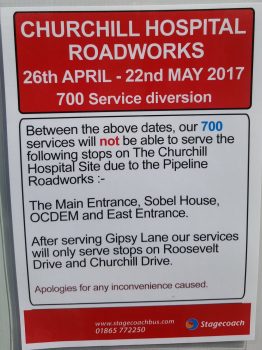 Labour MEP for the South-East @AnnelieseDodds, who lives in Rose Hill, has been selected as Labour candidate for Oxford East after @AndrewSmithMP stood down. Here is her statement to Labour supporters.

A burst water main at the junction of Marston Road and Crotch Crescent on Monday was “more complex” than Thames Water originally thought. Service had been restored by early evening.

@blackmambatatto have won the right to retain their web domain name blackmambatattoo.co.uk after the original registrant and designer was untraceable. Good luck with the new website.

Leaflets promoting a ‘Yes’ vote for the @HeadingtonPlan on Thursday have been delivered throughout Headington. 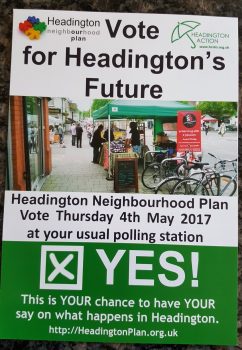 The Iris Project, who run the Classics centre at Cheney School, has opened an in-school museum. It’s called the Rumble Museum @Rumblemuseum, named after Jamie Rumble. Their facebook page tells you more about it and there’s more in the Oxford Times.