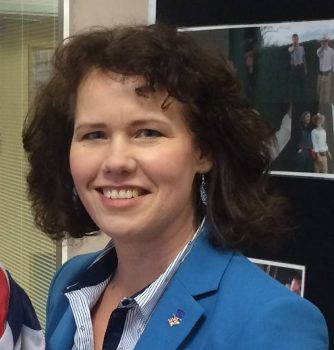 Born in the United States, Dr Kirsten Johnson received her doctorate in music from the University of Missouri-Kansas City. She moved to Oxford in 1994 upon marrying her English husband and became a naturalised British Citizen in 2002. She is an international concert pianist and in her professional career she has recorded fourteen albums of solo piano music. Her recordings are played on radio stations around the world.

Kirsten entered politics in 2015 as the Liberal Democrat Parliamentary Candidate for Chesham & Amersham, and in May 2017 she was elected Liberal Democrat councillor for the Wheatley Division of Oxfordshire.

Kirsten wants a fairer, more just society for all, where each person can be free and enabled to pursue their own dreams and aspirations without discrimination or favouritism. Key policy areas for Kirsten are mental health; the integration of health and social care; children’s rights; the environment; and tackling inequality. Kirsten is a Mental Health First Aider and has worked with Norman Lamb MP in developing mental health legislative initiatives. She is currently working on policy development aimed at furthering equality in all parts of society.

She is elder and trustee of St Columba’s United Reformed Church, Oxford, and serves on the Executive of Liberal Democrat Christian Forum. She is keen on inter-faith work and developing inclusive models of belief. Kirsten is on the Board of Directors of The Fragile X Society, a national organisation which supports those with this inherited condition. The aims of the Society are to further awareness of Fragile X; support those living with Fragile X; and to fund research into Fragile X.

Kirsten has three daughters and enjoys walking, reading, art museums and family. She adds: “I have lived in Oxfordshire for over 20 years, and in Headington since 2004. Oxford is my home.”